These works are mixed media pieces deliberately riddled with the traces of multiple actions and layers. Although words become legible, our immediate perception of material traces precedes the legibility of language (English or Spanish in this case).

Needlework lends itself to frequent reinvigoration without losing its connections to important feminist lineages of craft. Needlework, a traditional technique, has been my preferred method for transcribing text. This series is a vehicle for writing through transcription.

Text first appeared in my artist's books and then migrated to wall pieces such as the ones in this series. Frequently, there are no spaces between words, which can slow down the recognition of syntax. Sometimes one might distinguish a word inside another, or a word that arises from the proximity of two words. The text is texts—in plural.

The works below are not shown in chronological order. 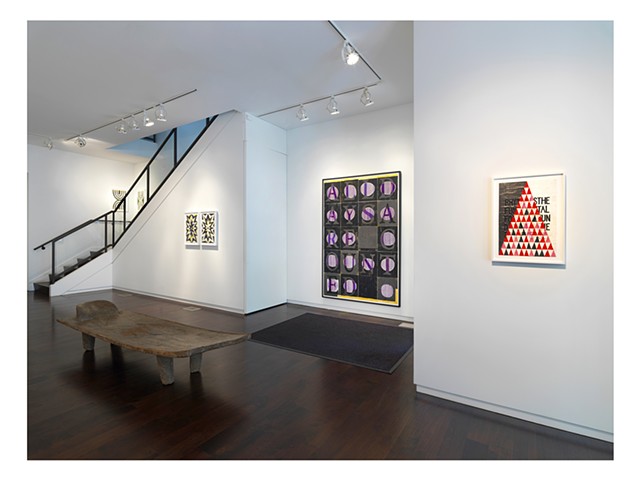 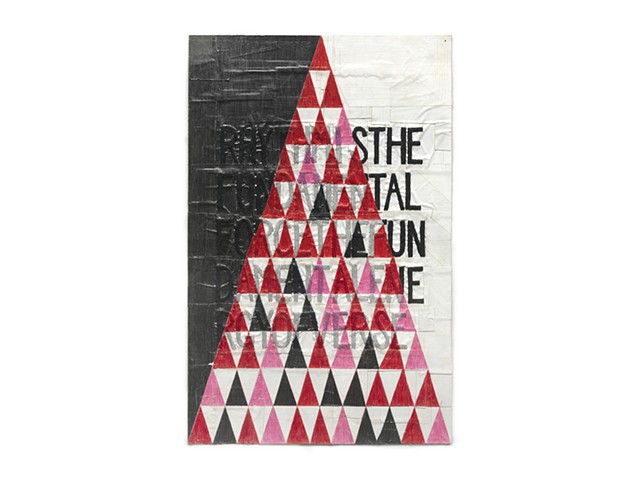 RHYTHM IS THE FUNDAMENTAL FORCE
(AFTER MAYAKOVSKY) #2 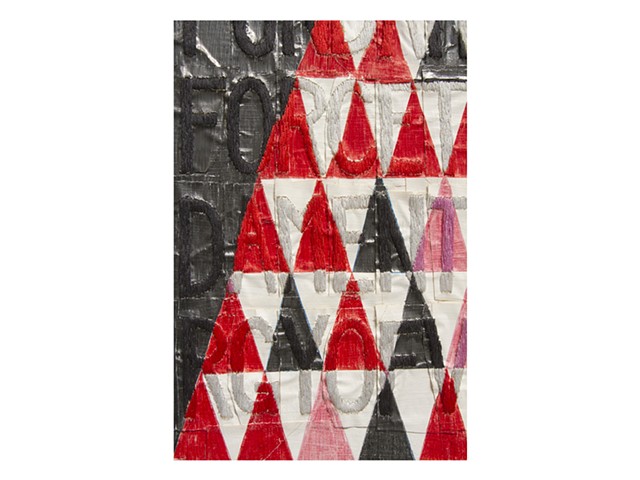 RHYTHM IS THE FUNDAMENTAL FORCE
(AFTER MAYAKOVSKY) #2
detail 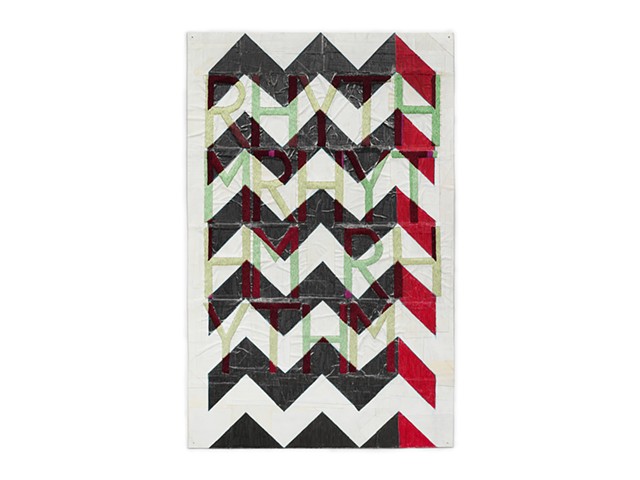 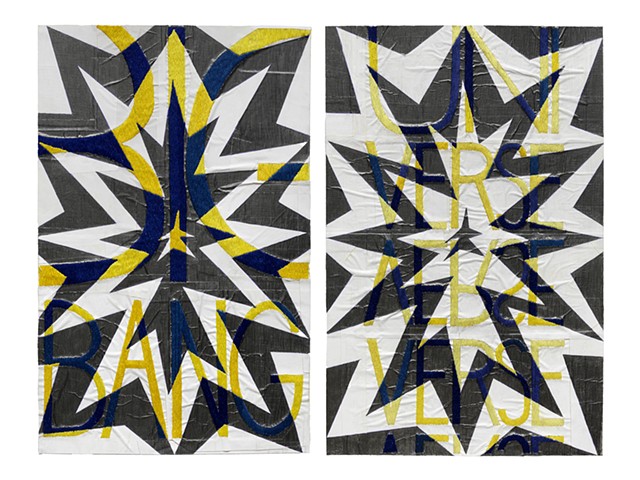 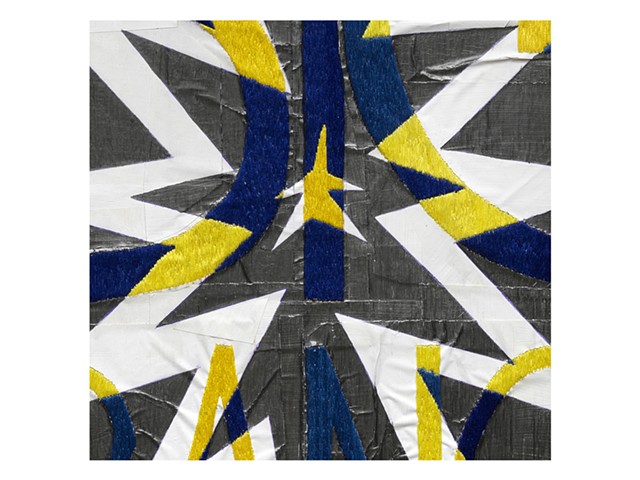 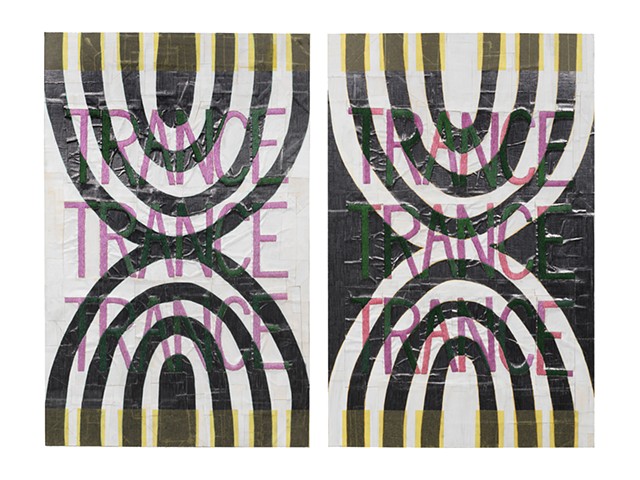 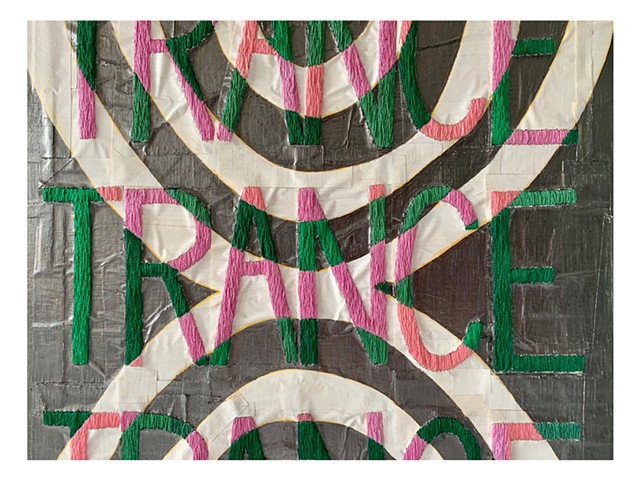 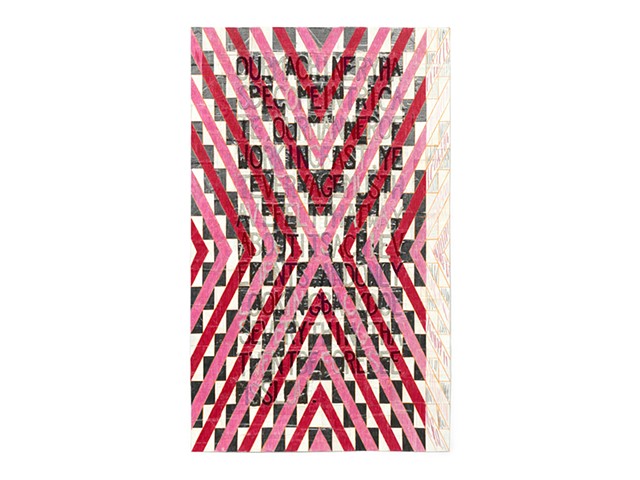 OUR MACHINERY HAS BECOME INTRICATE
(AFTER ANNI ALBERS) 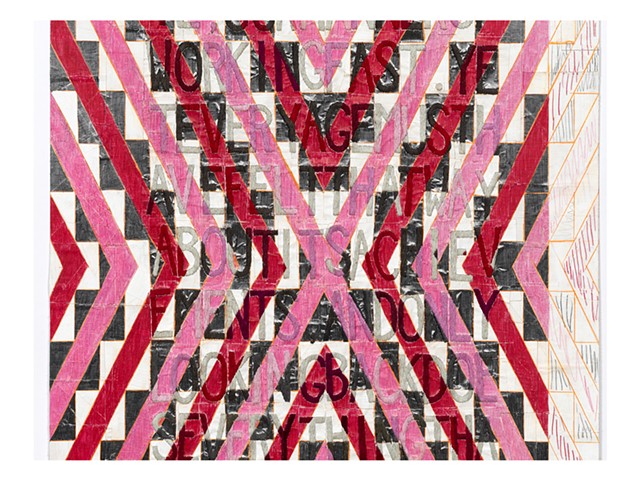 OUR MACHINERY HAS BECOME INTRICATE
(AFTER ANNI ALBERS)
detail 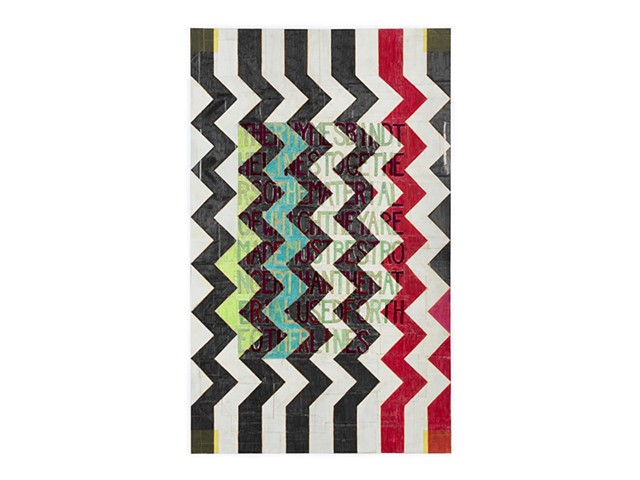 THE RHYMES BIND THE LINES
(AFTER MAYAKOVSKY) 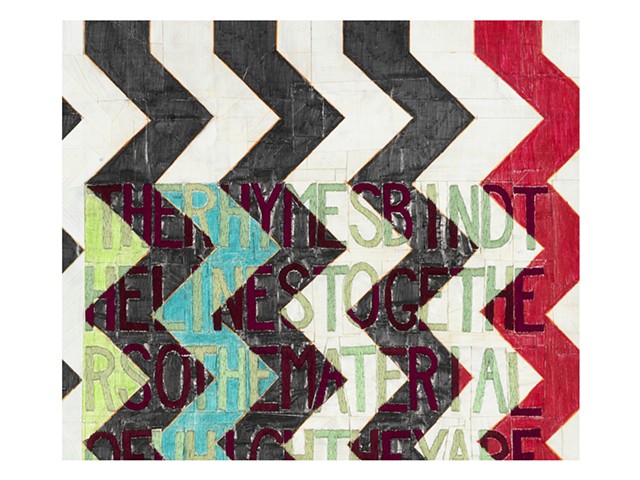 THE RHYMES BIND THE LINES
(AFTER MAYAKOVSKY)
detail 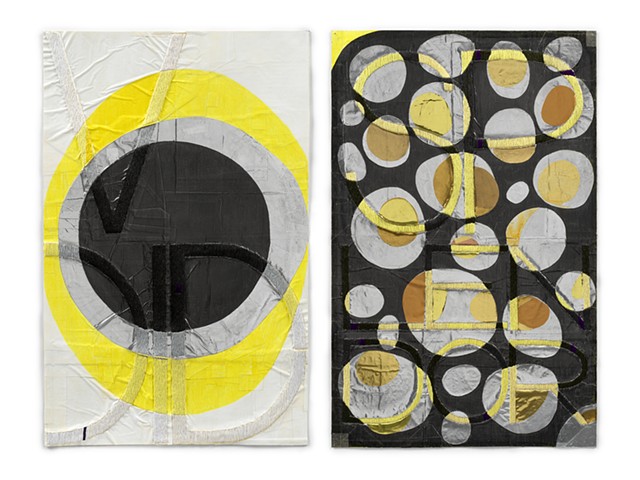 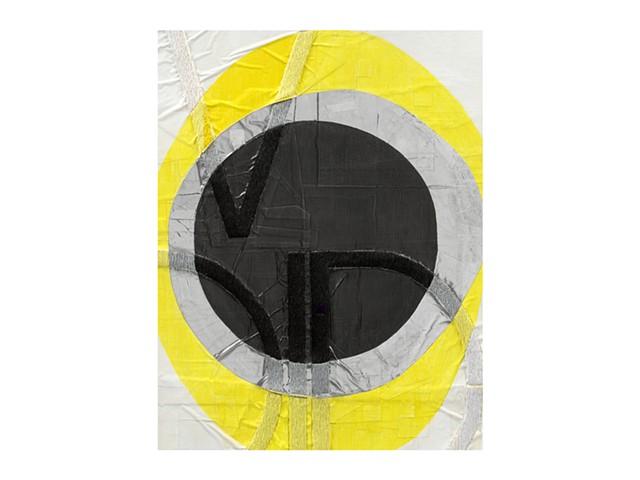 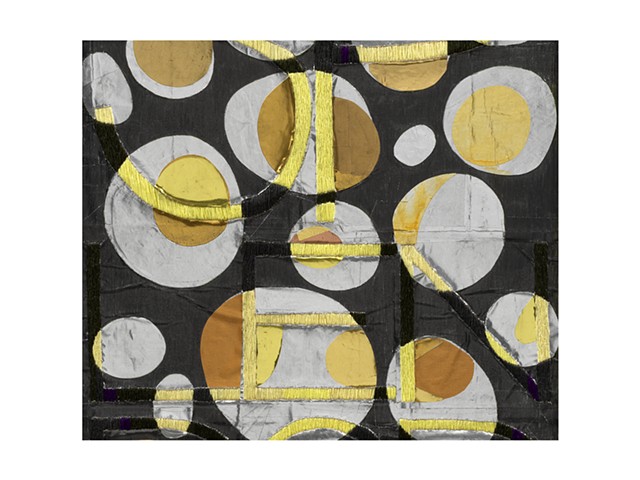 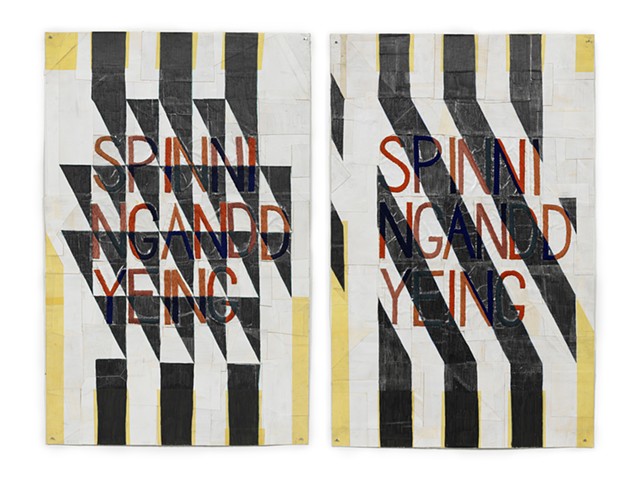 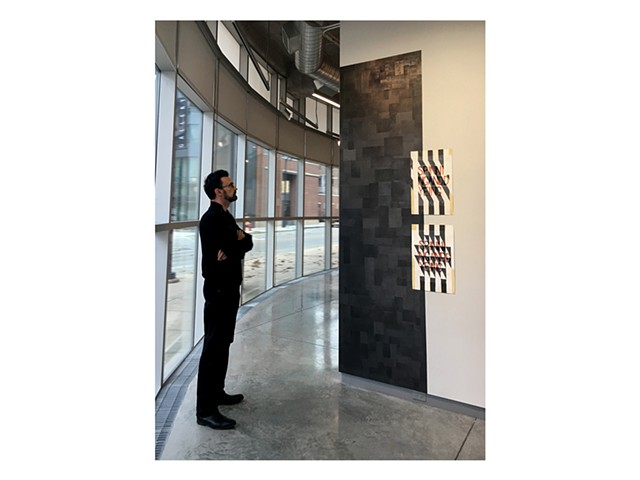 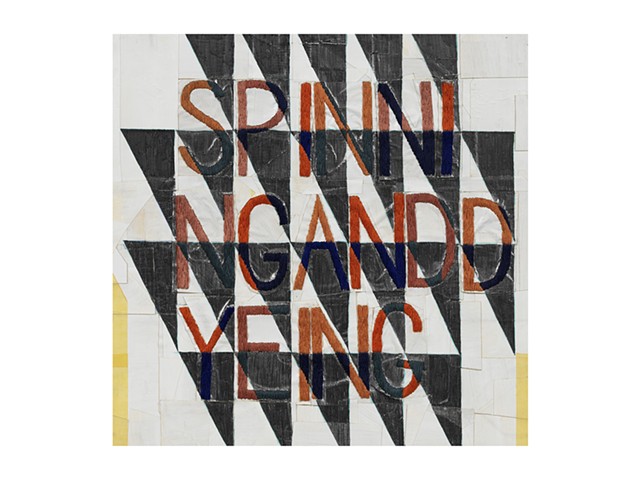 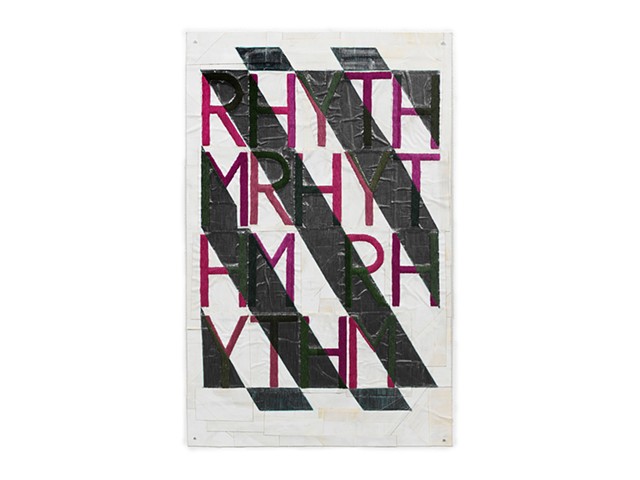 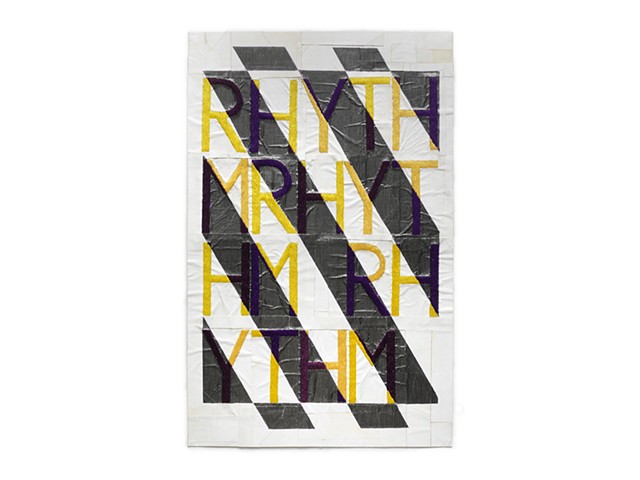 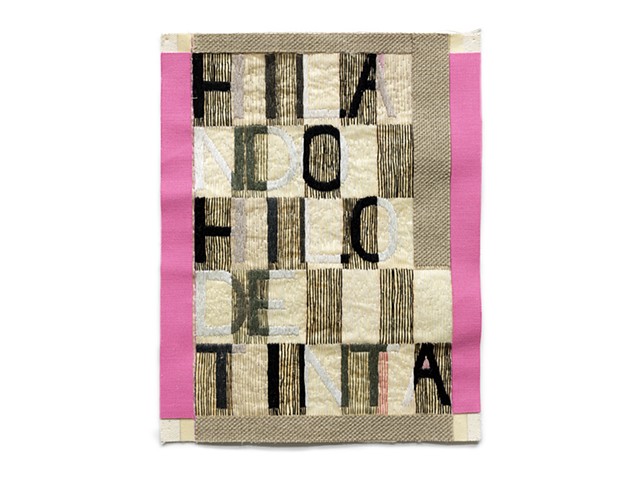 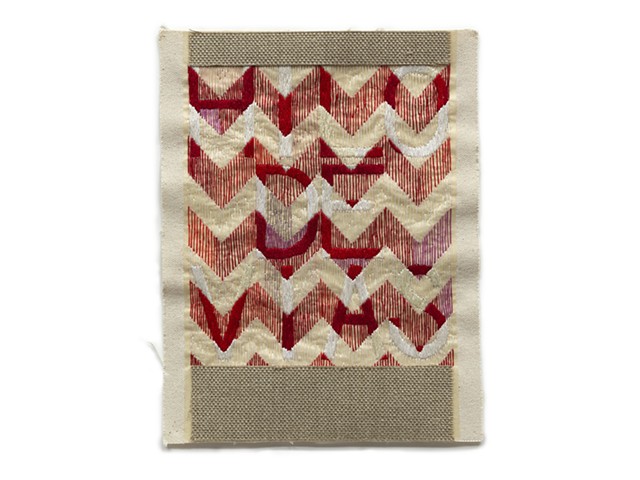 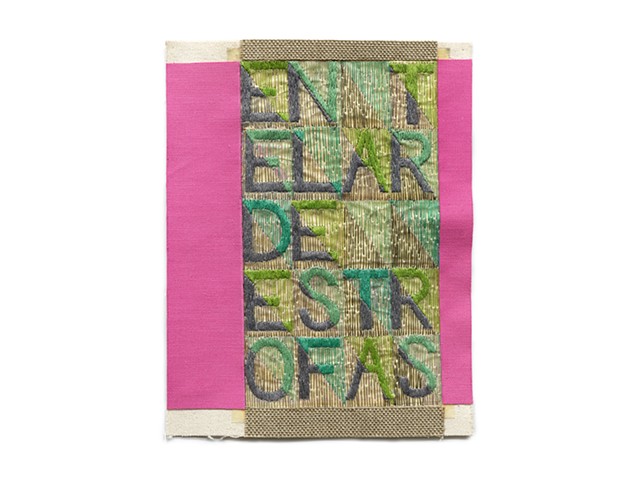 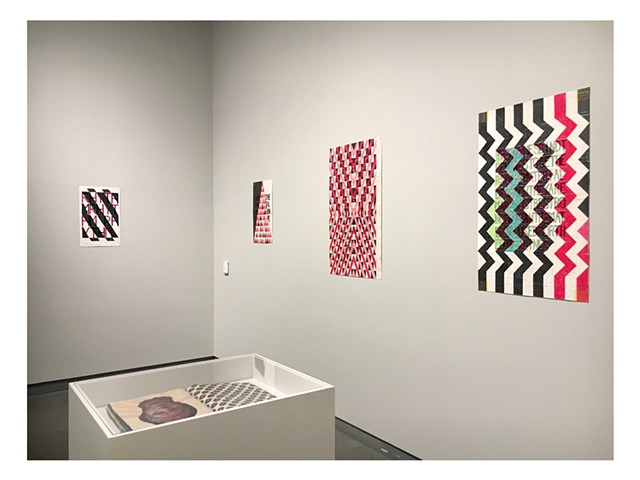